So we've celebrated, and celebrated some more, received kings and queens, cut thousands of red ribbons, danced and sang, blocked traffic, unblocked traffic, and the celebrations continue. But where is our holiday?
.
I don't know exactly when the 40th National Day celebrations will end (or will they continue for a year?) but rumor has it that next Tuesday and Wednesday will be a National Holiday. As in the 7th and 8th. Some sources say it'll be a three day holiday (6th-8th).
.
Anyone out there with some useful information to share? :)
Posted by Nadia at 8:17 AM 9 comments:

Muscat Confidential says it all here. I'd heard about the leaks but wasn't able to access them until now.
Posted by Nadia at 8:11 AM 1 comment: 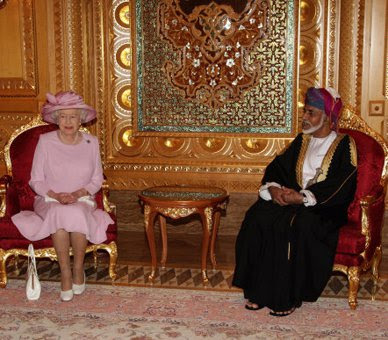 And here she is .. in Oman after 30 years,.... looking elegant and preserved as always. What an honor having her here with us. I wonder what she and His Majesty have talked about? I'd LOVE to know what their conversations are like. Does he address her as 'Your Majesty' and vice versa? Have they had an actual conversation? Do you think they've talked about horses? Bagpipes? Perhaps he's asked her what she thinks of Prince William's engagement to Kate Middleton last week? The so called engagement the world has been waiting for (according to Hello magazine). Do they have their meals together? I wonder. . .
.
I'd love to be a fly on their wall.
.
Sigh.
Posted by Nadia at 8:33 PM 8 comments: 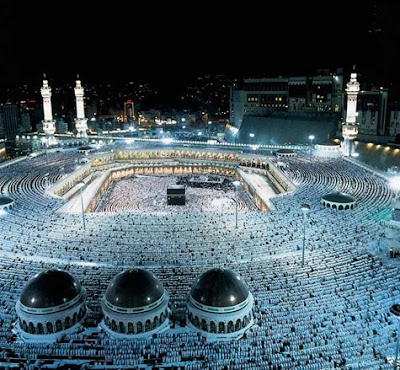 Eid Mubarak Everyone!
.
I've spent all day tidying Majlis One (women) and Majlis Two (men) of our humble family home. Crystal glasses, dates, halwa, cookies, candies, etc. I also had the TV on all day hoping to see a couple of my close relatives in Mecca among the millions of pilgrims this year (no such luck!). I really do envy them sometimes. Some of my colleagues try to go to Mecca for Hajj or Omrah (the smaller pilgrimige that also has to be performed once in your life) every year! I've only been on the Omrah once and I got bad food poisoning so it wasn't the most beautiful of memories. I suppose I'll wait until I find a husband before going on the Hajj. That 'could' take forever. :)
.
Tomorrow morning after sunrise the men will head to the mosque for Eid prayers then most men will immediately slaughter the Eid 'sacrifice'. My family is slaughtering a goat this year even though usually we slaughter a cow with my uncle's family, but they've gone to Thailand for the Eid (!) and we're left with a goat. The poor thing is tied up in the family farm and seem oblivious to the fact that tomorrow morning it will no longer be.
.
I was out shopping with my teenage cousins a couple of days ago (bad bad bad idea - traffic was ... ugh), and for some reason we started talking about the slaughtering and the meaning of Eid. I was SHOCKED to discover that NONE OF THEM knew the history behind Eid al Adha. I'm still shocked. They had no idea why we celebrate and the religious significance. They just thought the purpose of Eid was to celebrate the end of Hajj. Whatever happened to Islamic education in schools?? I studied all this back in middle school, but it seems nowdays that the Islamic Studies books are shrinking every year. Soon, they may be eliminated from the national curriculum (why?!)
.
Eid Al Adha (Festival of Sacrifice, or Greater Eid) is celebrated by Muslims worldwide to commemorate the willingness of Abraham to sacrifice his son Ishmael as an act of obedience to God before God intervened to provide him with a ram to sacrifice instead. So, each Muslim family slaughters an animal on the morning of Eid to commemorate this. The meat is divided into three equal parts to be distributed to others. The family retains one third of the share, another is given to relatives, and the third to the poor and needy. Make sense?
.
In Salalah most families freeze some of the meat and also make the famous 'Majeen' (too good to describe). One of my favorite dishes in the world is majeen meat with white rice and ghee. Sinful I know, but it's really really good.
.
Off to do more cleaning and figure out my dress for tomorrow. You'll be glad to know I bought a new 'Second Head' for Eid. It has feathers and beads on it.
.
What are you doing for Eid? Anyone going to send me some Shiwa from the North? (the meat cooked undergound - divine)
Posted by Nadia at 1:30 AM 7 comments: 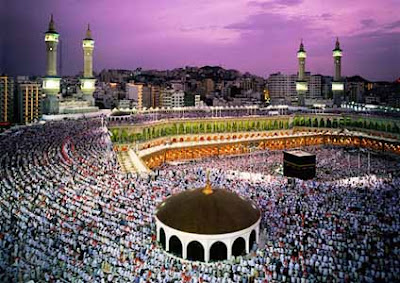 Many grumbles and moans across the nation this morning! (insert cheerful sing-song voice). Eid holidays for the public sector as follows:
Monday November 15th-Thursday 18th. Back to work on the 20th. Now, if the government sector got 4 days, I wonder what the private sector will end up with? 1.5 days?
.
However, despite all the moaning, I fully understand why we're getting a short holiday. The country has 100,000,000 National Day events to plan and accomplish over the next few weeks, so the government can't afford to have everyone off for a week. The Queen is coming on the 24th, we have National Day celebrations, etc, etc. It's going to be CRAZY.
.
But .... we will be getting our National Day holidays after all the celebrations are over and the last of the red ribbons has been cut (early-mid December?). And I, Miss Dhofar Gucci, predict that instead of the usual 2-day holiday, His Majesty will be EXTRA NICE TO US (Right, Baba Qaboos?) and we'll get a beautiful holiday to compensate for our short Eid. Right?
.
Fingers crossed.
Posted by Nadia at 11:01 AM 5 comments:

Yes... believe it or not, Salalah is FINALLY getting its own shopping mall (and don't tell me Isteqrar Hypermarket is a mall). Our new mall (the building is almost finished) is located on the main Rabat highway next to Centrepoint. The mall will include the following blessings:
.
1. Kids' fashion
2. Women's fashion
3. Men's fashion
4. Beauty/Opticals/Watches/Jewellery stores.
5. Arabian Apparels (?)
6. A food court
7. High quality restaurants (Really? In Salalah?)
8. Cafes
9. Bakery
10. CINEMA (!!!! WOOHOO!!)
11. Bowling centre
12. Kids entertainment
13. Carrefour Hypermarket (yes)
14. Electronics
15. Home accessories (will we have Home Centre? I hope so)
16. Believe it or not, Home apartments
17. Underground parking
18. Inner courtyard with trees and grass
19. Lots more.
.
It's going to be really interesting to see how it turns out. Thank you Kuwait for noticing that Salalah had no mall! (investors are from Kuwait). The building itself is huge and seems to get bigger everyday.
.
Evidently, some parts of the mall will be open early 2011 and the rest will continue to open up slowly throughout 2011.
Posted by Nadia at 10:22 AM 11 comments:

You know we're approaching National Day when:
.
(1) the highways are decorated with Christmas lights.
.
(2) poor labourers are touching up paint on the sidewalks at all hours of the day and night.
,
(3) more poor labourers are putting up flags along the main streets at 3 a.m.
,
(4) gardeners are taking extra care when trimming the bushes and trees in the centre of town.
.
(5) every single event happening in the country ends up being dedicated to National Day (to celebrate 40 years, we're walking to spread diabetes awareness... to celebrate 40 years we're making the largest dishdasha in the world ... to celebrate 40 years we'll build more of this and more of that. I won't be surprised if Google ends up posting the national day logo on the main search page.
.
(6) the (lazy?) Government sector gets double salary (or triple salary) this month but the private sector gets neglected as usual. (so much for encouraging people to move to the private sector!)
.
(7) all ongoing projects (new roads, buildings, etc, etc) are expected to be completed by November 18!
.
Sigh.
.
Does anyone know when the holidays will be? I don't know how Oman plans to celebrate when, according to what I've heard, November 18th just happens to be the 2nd day of Eid al Adha. People will be too busy eating meat to celebrate 40 years.
Posted by Nadia at 8:35 AM 9 comments: