Since polygamy and female genitale mutilation have become trend topics in the blogosphere (Shawawi, OPNO, Susan) these days, here are my two cents on polygamy:
1. Polygamy is still very prevalent here in Dhofar. I know many polygamists. It's not a dying art. I know men who have two, three, even four wives.
2. Most polygamist families I know are unhappy.
3. Many polygamists I know never informed their first wives about their plans to re-marry (some marriage they had, eh?)
4. When a man takes on a second wife here in Dhofar, people in this society somehow have the audacity to accuse the first wife of not being a good wife and not keeping her husband on a leash. (Excuse me?!)
5. I'm not entirely against the practice if there are very strong reasons. As OPNO explained in her blog, it's Islamically acceptable to marry a second woman if she is a Sharia-defined orphan (i.e. a woman with no living male relatives who can support her, and who has no means of supporting herself). I assume it's also Islamically correct to 'inform' the first wife before you marry another. But let's be realistic here: how many men in Oman are marrying for Islamic reasons? I'd say less than 1% of polygamists.
6. I tend to agree that polygamy these days brings nothing but pain and heartache to the families. I know women are the main victims, but let's not forget the chidlren. In many families, children suffer as much as their mothers.
7. I think the Ministry of Religious Affairs + Social Development should cooperate and set clear rules and regulations for polygamy. You shouldn't be able to just walk into a court and marry any woman you like (without her approval or the first wife's approval for the matter). A 70-year-old shouldn't just be able to take on an 18-year-old as a fourth wife without authorities approving the marriage. Yes, I think there should be regulations. Clear regulations. (and yes, there are plenty of old geezers who marry young girls. Families are more than willing to hand their daughters over if the dowry is big ... I can think of one recent marriage between a man in his 70s and a young girl in her twenties.. the dowry was 60,000 OMR) .... see what I mean? It's disgusting and there should be rules.
8. Do you know if the Ministry of Social Development is sharing statistics these days? Divorced women? Handicapped children? Polygamists? Children born out of wedlock? Orphans?
Posted by Nadia at 8:13 AM 10 comments: 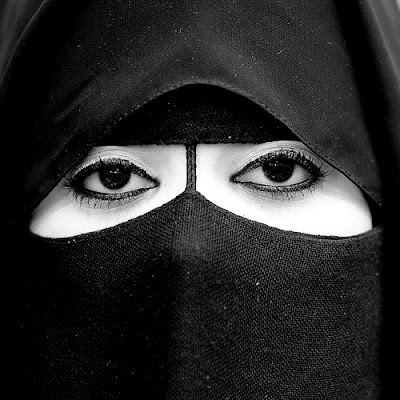 A woman after my own heart! Ladies and gentlemen, Shawawi Oman :)
Posted by Nadia at 6:59 PM 2 comments:

I've been off blog-duty for a little longer than expected. First it was weddings and funerals, then work became crazy, then I caught the flu.... but I'm back again thanks to Mimi who had my blood boiling this morning with her latest post on her sister's baby who was circumcized yesterday... at home. A little girl. A beautiful innocent little girl.
This topic has been discussed a lot in the Omani blogosphere, mostly by female bloggers here, here, and by former fellow blogger Reality in Oman who should re-open her site and start blogging again (hint!), but it isn't getting nearly enough attention. Muscat Daily & The Week have also made an effort to bring it out into the open, but that's about it.
Call it what you want ... female genital mutilation/female genital cutting/female circumcision..... It's a violation of human rights. It's shameful. It's ignorant. It is a CRIME. And yes, it is still widely practiced in Dhofar. BRUTAL genital mutilation. Whoever tells you otherwise is lying. They'll tell you 'it's only a small cut' to 'clean' the area. Who are you kidding?!
What disgusts me even more is that is it performed by women for women. Many men seem to think the practice no longer exists. The old woman in the hospital who charges 5, 10 , 15 OMR to chop up your baby's genitals has been there for years and the hospital KNOW about her. But are they doing anything about it? NO.
You know why everyone still does it? Because they don't know any better. No one talks about it, and the Ministry of Health isnt' doing ANYTHING to spread awareness. Most women think they're doing a good deed,... they really believe it's Islamic and that it 'purifies' the child. Whose responsiblity is it to educate them? Oman's Ministry of Health.
The ministry's 'Five-Year Health Plan: 2006-2010' announced that one of the ministry's strategies to promote women and children's health was to study the prevalence of FGM in Oman and design programs for community awareness. Did anything happen? As far as Dhofar is concerned, NO, even though the situation here is much worse than other parts of Oman. You can read the glorious five-year plan here. Scroll down to pages 8 & 9. A load of BS. The 2011-2015 plan isn't on their website yet, so goodness' knows whether genital mutilation is part of the current agenda or not.
Dear Ministry of Health. PLEASE pay attention:
1. Put up posters in all the maternity wards in this country explaning the dangers of female genital mutilation (FGM)
2. Spread awareness through the Women's Associations in Oman
3. Get a doctor or a nurse to speak to every single woman who gives birth to a baby girl right there in the hospital.
4. Find the evil old ladies who hang around the maternity wards.
5. Spread awareness in school & universities.
For heaven's sake .. DO SOMETHING.
Yours Truly,
Nadia (Dhofar Feminist Movement)
Posted by Nadia at 9:33 AM 27 comments: 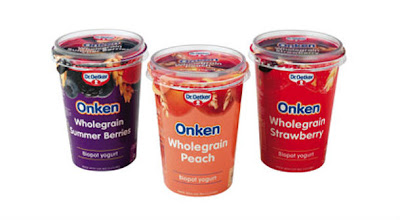 ... at Salalah Lulu Hyhpermarket. Go grab your stock before it disappears for another month or so!

MUSCAT (Reuters) - More than 20 Omanis have been on a prison hunger strike since mid-December, a local rights group said Sunday, in protest at what they say are unfair sentences for taking part in demonstrations last year.
.
Protests demanding jobs and an end to corruption hit the Arabian kingdom between January and May last year when Omanis, inspired by successful uprisings against veteran Arab leaders, took to the streets demanding political and economic reform.
.
At least five people died in clashes with police, according to medics, and scores were arrested, however the scale of the protests and scope of their aims was much lower than elsewhere.
The National Human Rights Commission (NHRC), set up by Oman's Sultan Qaboos bin Said in 2008, said it gained access to the jailed protesters after activists posted news of the hunger strike on social networking websites.
.
"The prisoners complained about the sentences and demanded to be released," a statement from the Muscat-based NHRC said. "While some conceded their guilt, others said they were not happy with the sentences handed out," it added.
They were sentenced to between six months and five years on charges of possessing explosives, blocking roads, and forcing government employees out of their offices, said an activist who was held with the prisoners before being released in May.
.
The activist, who declined to be named, said the 22 men filed an appeal in July but received no response.
The men are being force fed in a prison hospital in Samail, west of the capital.
Sultan Qaboos, a U.S. ally who has ruled the Gulf Arab country for 41 years, has promised economic and political reforms, raised state-sector salaries, initiated unemployment benefits and created thousands of jobs to ease discontent.
Elections for the Shura council, which has limited legislative powers, were held in October, but the body is largely consultative and political parties remain banned.
/
Last month authorities demolished a roundabout in the northern industrial town of Sohar, which became a hub for protests last February. That echoed events in nearby Bahrain, where the government tore down a monument that was the center of pro-democracy demonstrations there.
.
(Reporting By Saleh al-Shaibany and Nour Merza; editing by Sami Aboudi and Ben Harding)
Posted by Nadia at 12:35 PM 3 comments:

I'll be back in a few days. Drowning in weddings and funerals (typical) this week. In the meantime, I found this article interesting. I'll add my two cents when I emerge.... Have a great weekend!
Posted by Nadia at 2:49 PM 4 comments: