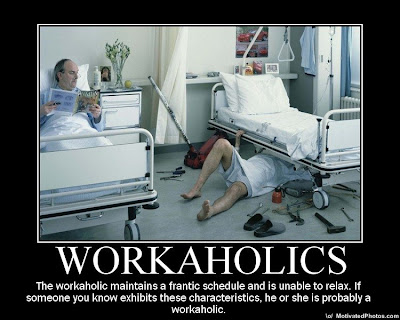 Don't worry, I haven't disappeared off the face of earth like Muscato and Angry. I'm still alive. Three of my colleagues are on leave (1 annual, 2 emergency) and I am D.Y.I.N.G. I'm at work 12 hours a day. This will only go on for another week then one of them comes back. I have lots to write about, but I haven't even had time for coffee.
.
A colleague forwarded the link to my blog this morning with this comment 'Hey Nadia, check out this AMAZING blog. It's called Dhofari Gucci. I'm sure it's a man. Can you find out who it is and tell us in X department? We've been betting'.
..
I don't write like a man, do I? That's an insult to my pompom and red high heels.
.
PS (to all you health freaks out there, I have GREAT NEWS! I found good soy milk in Salalah! Yipeeeee! Lulu Centre now provides it regularly)
Posted by Nadia at 11:50 AM 18 comments: 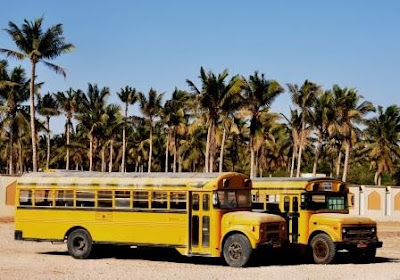 I'd like to welcome Jebbali man's wife Umm Q to the Dhofari Bloggers' Scene. Welcome to Salalah and I hope your new life here will be full of happiness, adventure, contemplation, and faith. You can take a look at her blog Sweet Salalah here. And hopefully she'll get the chance to meet Rania because both of them are young mothers married to Omanis in Salalah. Back to work....
Posted by Nadia at 12:41 PM 8 comments:

I apologize for the delay. I've been very very very busy this week and last week. I haven't had time to check email or breathe and believe it or not, I forgot to even have coffee today. Hectic hectic world.
.
Anyway, I'm planning a post on current traces of slavery in Salalah, but meanwhile, I'll update you on the murder. Thanks to my contacts at the Ministry of Health, I have more details. The murder happened in Al Hilaniyat Islands off the coast of Dhofar. A man stabbed his 25-year-old sister to death and shot her with his pistol. The motives are still unclear but I'm pretty sure it involved another man/lover. He is in prison. The autopsy was performed at Sultan Qaboos Hospital in Dhofar. She was a Shahri. May she rest in peace. What a sad sad tragedy. And to anyone who says 'Murders like these happen all the time. It's nothing new', I say 'The minute we become immune to such tragedies, we stop becoming human'. I will never ever become used to hearing about crimes where lives are taken.
.
And to all the children in my life; 'May Allah protect you and may you never experience all that is possible to get used to. Ameen'.
Posted by Nadia at 3:20 PM 6 comments:

Hmm.... evidently a Dhofari man stabbed his sister to death this week and then shot her in the face with his pistol? I'm seeking more information. Something like this shouldn't be covered up. I have her name. May she rest in peace Inshallah. Has anyone heard anything about this?
Posted by Nadia at 3:11 PM 9 comments:

Read Sleepless in Salalah's latest post here. And the New York Times' piece here. I am so so so so sad. I feel sick to my stomach. What have we become? Why should a child be married off to a grown man and tied down to a bed and forced to have sex with him after he damaged her vagina and she was bleeding to death?? I am ready to go to Yemen and kill that man. What a sick sick sick animal. AND WHY CAN'T THE WORLD DO SOMETHING ABOUT IT????? WHY ARE THE YEMENIS STILL DEBATING??? This kind of situation requires immediate action. This type of marriage should have been banned centuries ago! We live in the year 2010. HOW can over a quarter of Yemeni brides be under the age of 15?
.
My 60 year-old neighbor married a 13 year old child several years ago. I remember. THIRTEEN YEARS OLD. She asked for a divorce and got it when she turned 16. Humans can be such animals. Say a prayer/make Du'aa for all the children out there who are suffering ...
Posted by Nadia at 11:23 AM 10 comments:

Happy Birthday to Me!

Happy Birthday to Dhofari Gucci! One year ago today I logged onto Blogger and created my baby. It has been an amazing journey. Thank you to all my readers for the support, comments, and debates. And a special thank you to all the haters who make my life more interesting!
.
When I first started, I was using the blog to vent. I never thought anyone would find it and I didn't bother sending the link to anyone. However, lo and behold, Faith & Sting found my blog and that was the beginning. Thanks again !
.
Have a great weekend everyone!
Posted by Nadia at 11:22 AM 18 comments:

Labels: Dhofari Gucci in the Media

Hi everyone! I haven't posted anything this week because I have been enjoying the comments on my post on women. Keep the comments coming. I read every comment carefully, and even though I have not commented myself (I'll probably save that for a post), I appreciate all the opinions and thoughts.
.
Anyway, tomorrow is World Health Day - April 7th. Salalah will be hosting a walk tomorrow afternoon. Everyone is invited. The meeting point will be the airport parking lot at 4:30 tomorrow afternoon. T-shirts will be given to all participants. They're expecting over a thousand people.
.
If you live in Salalah and you're free tomorrow afternoon, put on your favorite sneakers, and join the walk. It's for a good cause. I'm looking for a walking partner. Any volunteers? :)
Posted by Nadia at 11:54 AM 5 comments:

Discrimination Against Women in Dhofar & Oman