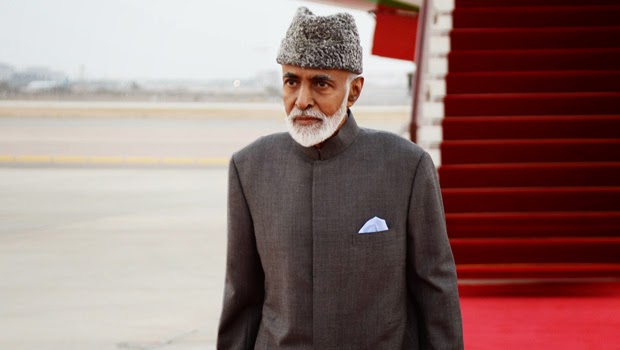 The day before yesterday His Majesty Sultan Qaboos returned from Germany after eight months of treatment for what we believe was cancer of some sort, but we were never told. It doesn't matter now. The official statement on Monday said his treatment was 100% successful.

For most of us Omanis, a huge weight was lifted off our hearts when news began to trickle in about his return. There had been rumors for MONTHS about his return. This felt different. News was trickling in from trusted sources. Insiders at Oman TV, the radio, the palace. For a few hours, WhatsApp and other means of social media were exploding with chatter about his return.

Read my post about his illness here. It's called "The Weight of Uncertainty".

The past few months have been horrible for us. Media outlets and political analysts around the world have been speculating about his health with a huge focus on succession and Oman's lack of a clear succession plan. It was a healthy discussion, but for those of us in the dark, it was difficult at times. Not only were we not in the picture about his health and the future of our country, but the rest of the world were openly discussing a future of this country without him. We all know it's inevitable, but no one wants to think about it. If you've lived in Oman long enough, you'll know why.

The country has been in non-stop celebration since he arrived. It's almost out of control, in a good way.

In Salalah, a march is being arranged on Friday afternoon with everyone invited (men, women, Omanis, non-Omanis) . The march will take off from the Sultan Qaboos Grand Mosque at the Nahda/23rd of July intersection and will end at Al Husn Palace in Haffa. Not a very long walk, so it's easy if you want to join. I believe people will start gathering around 4 or 4:30. Correct me if I'm wrong.

Overall, a happy week for Oman.