92,861 Visitors to Salalah During Eid

92,861 visitors came to Salalah during Eid holidays on Aug 9-12. Yes. I remind you the population of Salalah is around 190,000 ONLY (and a good chunk of them live in the mountains behind the town). The metropolitan area is probably only about 140,000. So you can imagine what a crowd of 92,861 would mean to our town. INVASION. (photo below shows four lanes of traffic on a narrow two-lane mountain road - chaos) 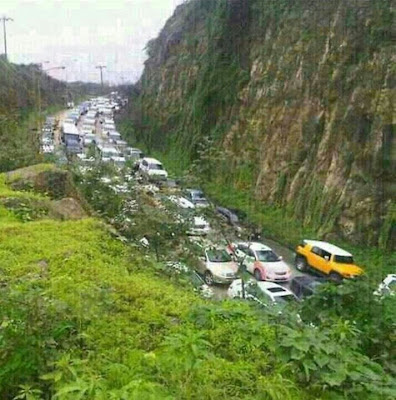 This is the statement from the Oman News Agency:


Salalah: The number of visitors to the Governorate of Dhofar during Eid Al Fitr holidays from August 9 to 12 this year stood at 92,861.

These figures were issued by the National Centre for Statistics and Information (NCSI), in collaboration with the Ministry of Tourism and Royal Oman Police (ROP), which has been monitoring the Khareef Salalah visitors.

The Omanis constituted the bulk of visitors to the governorate with 55,965 visitors. The UAE visitors came second with 24,959. Visitors from the Kingdom of Saudi Arabia totalled 4,199. Indian visitors came fourth with 3,978. 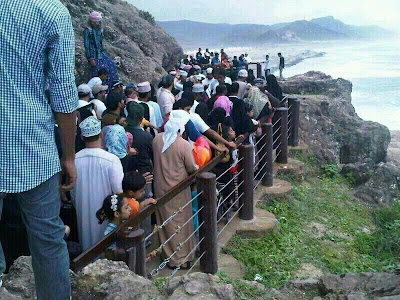 (Mughsayl Blowholes west of Salalah - insane)
Dhofari Gucci is hiding in her kitchen making bread until the visitors go home. I dare not venture out of my home.
Posted by Nadia at 2:57 AM 2 comments:

I don't think there's anyone out there who isn't familiar with TED talks and TEDx events, so I won't bother explaining what they are. Click on the link if you'd like to listen to ideas worth spreading. Dhofari Gucci is a huge fan of TED and for a little over a year, I've been hearing about TEDx in Salalah.  Finally, I received an email from one of the awesome organizers (a Dhofari female.... girl power!) informing me that the TEDx event is finally taking place on August 24th at Al Baleed archaeological site museum. It is in Arabic this time, and the list of speakers is up on their website. Registration is free, but seats are limited, so if you're interested go to their website and register.  The website will give you more information about the initiative and the speakers. I'm definitely tempted to register .......
Kudos Asma & Fadhila for organizing this. You make me proud. 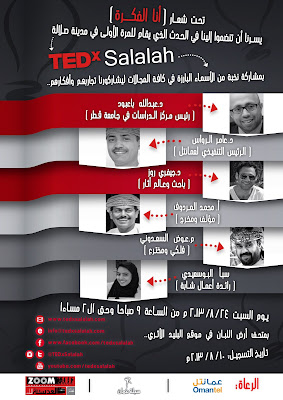