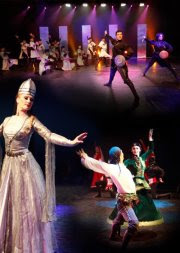 Yet another event from the Ministry of Tourism for those of you living in Salalah. Event starts at 8:00 p.m at Al Murooj Theatre in Ittin tonight. Entrance is free. You can check their Facebook page here.
Posted by Nadia at 7:32 AM 3 comments:

Clean Up Oman this Weekend! 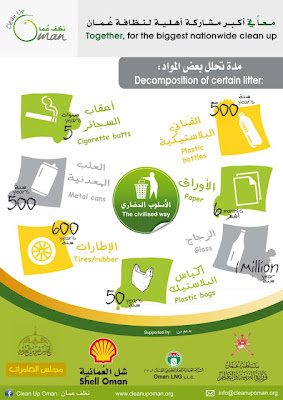 Reposted from Dhofar Eco Bug:
This weekend (Thursday 29th March) will see Oman's biggest ever clean-up taking place nationwide! Here in Dhofar there will be 4 clean-up teams at the following places:
(1) Al Dahariz Beach, Salalah
(2) Next to Municipality Playground, Taqa
(3) East of Fisheries Harbour, Mirbat
(4) Next to the Mosque in Town Centre, Maqshan
Start time is 4.30pm. Please go along and help out and spread the word to your friends/family and colleagues. This should be a fun event which will also raise much needed awareness of the problem of littering. Water, T-shirts and bin-bags will be provided to participants and the Municipality rubbish trucks will be there to collect the bin bags at the end.
To find out about other locations across Oman check out the Oman Clean Up group on facebook
Posted by Nadia at 2:40 PM 1 comment: 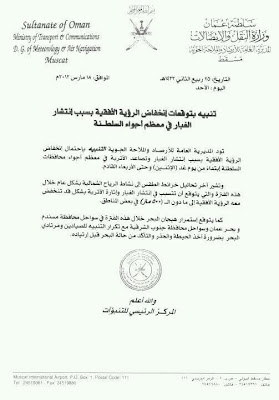 Dear Government,
Thank you for writing up this letter yesterday explaining the possibility of a sandstorm hitting Oman. For the next three days, it will be dusty and windy and visibility beyond 500 meters will be poor. Thank you for saying it might be dangerous for fishermen to go out to sea this week. Now how about sharing this information with the public?!!!! I'm still waiting for an SMS from the government to inform citizens. In the meantime, dress for windy weather and don't go fishing!
Posted by Nadia at 7:54 AM 2 comments: 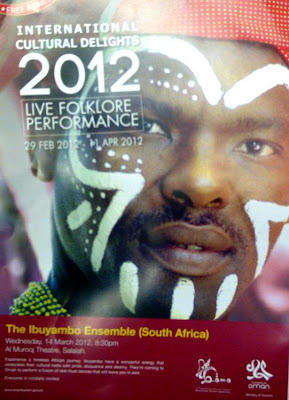 Hi Everyone! Wednesday at last. Thought I'd remind you about two events that are taking place in Salalah today. Both are free and require no registration.

THIS AFTERNOON: Ministry of Health & National Association for Cancer Awareness & Salalah Nursing Institute are organizing a 'Walk for Cancer'. Gathering at Salalah airport parking lot at 3:30. Walk starts just after 4 p.m. The group will walk to Al Nahdha clock tower and back again.
THIS EVENING: Ministry of Tourism is hosting a South African event at Al Murooj Theatre in Itteen. Event starts at 8:30. Entrance is free. I hear the Ibuyambo Ensemble is very good. Look them up on YouTube
Posted by Nadia at 10:01 AM 7 comments: 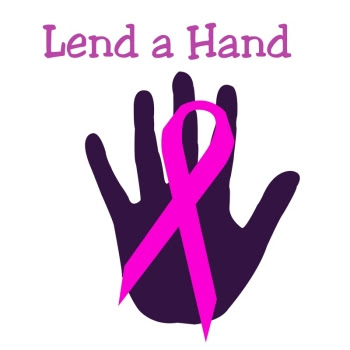 The Ministry of Health + National Association for Cancer Awareness + Salalah Nursing Institue have joined forces and are organizing a 'cancer walk' this Wednesday in Salalah. The event will be hosted by Sheikh Salim Aufit Al Shanfari (Dhofar Municipality). The purpose of this event is to (a) encourage people to walk and stay healthy (b) to spread awareness about cancer. In Dhofar cancer is still a pretty taboo subject and there are many people who can't even say the word.

Please come if you can. It's for a good cause. I'm sure every single one of you knows someone who has had cancer or is currently struggling.
Event Date: Wednesday March 14, 2012
Time: Gathering at 3:30. Walk starts at 4:30
Location: Airport parking lot is the starting point. The group will walk to Al Nahdha clock tower and back to the airport again (about 2.6 km).
See you there! (PS No registration required)
Posted by Nadia at 11:00 AM 2 comments: 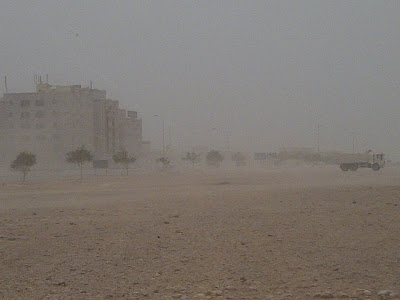 Salalah is engulfed today in a cloud of dust (or several). The mountains are completely invisible and most trees are bent sideways. I'm warning you to stay away from Al Baleed Road (the one that connects Dahariz to the Corniche). My windshield almost succumbed to a flying coconut about an hour ago.
PS (yes, I safety-pinned the bottom of my abaya to the laces of my converse sneakers. that's how bad it was)
Posted by Nadia at 1:14 PM 3 comments:

Good Morning from sunny Salalah where yours truly is on the beach with her feet in the sand working on her laptop (heaven bless wireless modems that work on Dahariz Beach - Amen):
1. As many of you know, offices in Oman were pretty much empty on Wednesday after 11 a.m because everyone went home or to their favorite Sheesha (hookah) cafe to watch the Oman-Thailand game. To everyone's surprise (and sheer delight), Oman won 2-0. We might actually have a chance to participate in the 2014 FIFA World Cup (Brazil). His Majesty the Sultan was so pleased, he immediately gave each player 10,000 Rials and announced he's investing 2 million Rials to prepare them for the next stage. (# Only in Oman)
2. Another busy day on Wednesday as the Sultan re-shuffled the cabinet of ministers yet again (following last year's post-protests shuffle). The Minister of State & Governor of Dhofar is no longer H.E Mohammed Marhoon Al Mamari. This came as a surprise to all of us down south. Our new Governor is H.E Sayyed Mohammed Sultan Hamood Al Busaidi. New Minister of Information, new Minister of Justice, new Minister of Tourism, New Minister of Commerce, etc, etc. Following the whole scandal with Al Zaman newspaper, I'm surprised to see the Minister of Justice gone.
3. I enjoyed the Morris dancing on Wednesday. It was fun and I have a soft spot for clogging. Did I think they were very very talented? Not really. Thankfully, no beer-bellied men. The cast were a mix of men and women, most under the age of 25 it seemed. Thank you 'Clashing in the Gulf' for sending videos. I'll post a list of future events soon.
4. I enjoyed this article. My sentiments exactly. The only other article I saw about the first anniversary of the protests was in the Gulf News (Sunil Vaidya). You can read it here. I was even quoted for some odd reason.
5. And finally, did you all receive a really weird SMS about civil defense yesterday? This is what all Omanis numbers got on their phones yesterday morning "Be Aware that the civil defence equipment are important - to block this service SMS 2*Civil Def to 90096". What the hell is civil defense equipment?
Posted by Nadia at 12:01 PM 4 comments: