Salalah has been invaded. I am not kidding. Ramadhan was quiet in this town and suddenly on the second day of Eid (for some odd reason), thousands of tourists from the UAE, Qatar, Saudi and the North of Oman decided to drive to Salalah for a holiday to enjoy the rainy weather.
Tourists are good, but this is just insane. It took me ONE AND A HALF HOURS to drive from Dahariz to Centrepoint. The traffic was backed up all the way to Saada and we were 'inching'. If anyone is concerned about the state of my right foot after keeping it on the brakes for 90 minutes, thank you.
UAE tourists are even worse drivers than Omani drivers because they're not used to the fact that Salalah doesn't really have a proper highway and speeding in the rain doesn't really work! The number of horrible accidents I've seen in the past five days is just frightening. Police are controlling traffic going into the mountains and other major areas. UAE license plates are everywhere. This isn't even taking into account all the Omanis who've driven down from the North. 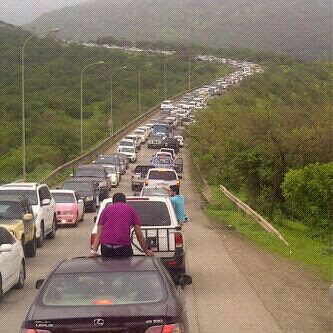 The photo above shows what the road into the mountians looks like these days! ROP have been brought in to control the traffic (even in the mountains!) 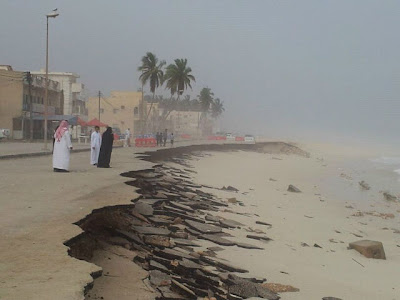 The weather is cool and beautiful. It was raining all morning today. The beach road along the Corniche in Al Haffa is broken at the Husn end because of the monsoon waves.
Salalah is out of rented cars, accomodation (people are renting out their living rooms to homeless tourists). And as for the commodities crisis, Salalah is out of milk, bread, barbecue equipment, coconuts and petrol (and was out of petrol at Haima). Rumor has it that 700 cars were stuck in Haima on the second day of Eid because the petrol stations were empty along the Muscat-Salalah route. For a photo of the amusing petrol lineup: 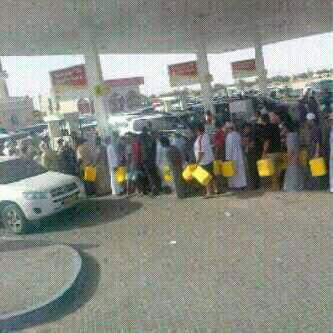 The UAE invasion is so hilarious that many Emirati cars have "We're Not Leaving" painted across their back windows. 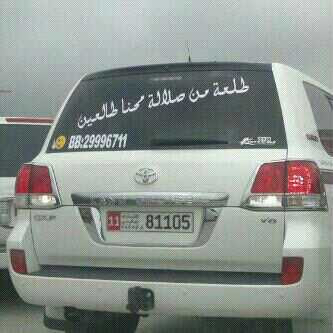 Advice to anyone living in Salalah over the next two weeks? STAY HOME. And if you're thinking of coming to Salalah in the next couple of weeks, I advise you to re-think unless you're a fan of traffic and chaos. And for heaven's sake, book your car and accomodation in advance.
Flustered Gucci.
Posted by Nadia at 5:14 PM